Are you looking for an substitute to TVPad 4 ? Why not take a look at TVPad 5 ! Or… I mean the BlueTV IPTV Media Box

Lets find out what BlueTV is all about.

The BlueTV is another IPTV Android box marketed towards the Chinese speaking crowd. The box is manufactured by the same folks that created TVPad.

The manufacturers had stated the BlueTV will work out of the box for US region without needing any VPN/DNS solution.

The BlueTV packaging is pretty standard among Chinese IPTV affairs. It comes with the BlueTV unit, remote, HDMI cable, power supply and a manual. The box packaging is rather plain, almost too ordinary (Perhaps they did this on purpose to lay low from TVB). It is worth noting that the model on the box states M425, following the TVPad model tree.

To no one’s surprise the dimension the unit is similar in size to TVPad 4. The IO ports are in identical position, although the ethernet port is upside down. 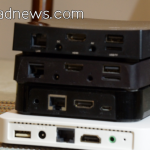 The only thing that sets the BlueTV apart is the remote. It reminisce of a AppleTV remote, it offers a very very simple user interface. A total of 11 useful buttons. Direction input, Enter, Power, Return, Home, Menu, Volume +, Volume -. This remote is definitely the most elderly friendly remote and probably my favourite remote out of all the IPTV boxes. The new remote does work on TVPad 4 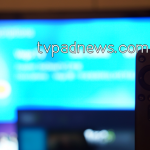 Upon bootup, you are greeted by a minimalistic welcome screen similar to TVPad 4’s.

The setup wizard will guide you through the Language, Network (ethernet/wifi) and Timezone settings. Once the wizard is done you will be greeted by a “blank screen”. 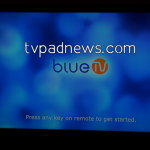 Similar to TVPad 4, the unit does not come pre-loaded with any apps. It is added via their proprietary app store. The app store is an improvement to the TVPad4’s though. It has a super simple one layer layout, so no more annoying categories to search for apps. The apps selection can be reached by going left or right.

App installation is a breeze, just click and install. Once the app is installed, the icon is immediately placed on the “blank screen”. After that just click-n-play. 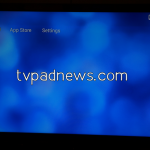 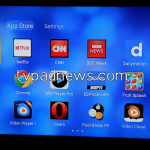 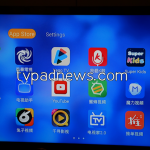 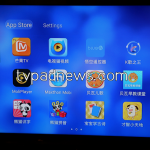 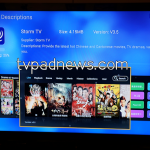 The main app for the BlueTV is called Storm TV. It is a consolidation of multiple apps on the TVPad4, 港粵網絡電視 (Cantonese),  寶島電視 (Taiwan), BETV (Mandarin). The layout is a little bit different but you get the idea… One thing you may like about Storm TV is that it does have separate version for English and Chinese. So if you are using the box for elderly parents, this may be a plus. 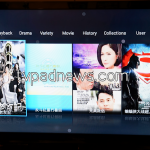 Since I don’t watch Taiwanese or Mainland TV I don’t know what channels are must haves. But check the video review…

All channels are smooth.

The playback contains 3 days playback of 34 different channels. See the screenshot below for the channel listing. 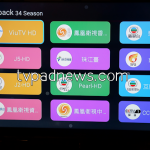 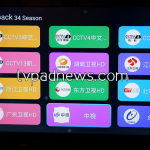 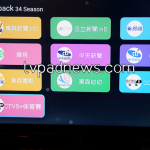 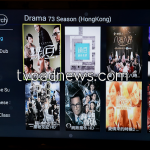 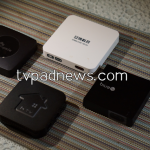 Is this an alternative to HTV ? Possibly… depending on your usage. HTV have more VOD content and tv channels (more English stations). But HTV have recently pulled their main Live tv app from their app store, so it’s a bit of a hassle to install it manually.

Is this an alternative to Moonbox M3S/HiTV? I would say so… It’s a known fact that the Moonbox have problems with it’s apps and also the device breaking randomly.

Is this an alternative to Ubox ? Absolutely! You don’t have to worry about stream going down daily

TVPad4, HTV3, BlueTV – A (Super stable and easy to use apps)

Should I buy it ?

That’s the golden question isn’t it? I mean after the shenanigans they pulled with TVPad 1-3, should you still be supporting this company…

In my opinion, here’s the bottom line.

Where can I buy it and how much ?

Before considering the price, you must give yourself the expectation that no unit will last forever. This includes TVPad 4, UBox, HTV3, BlueTV, Moonbox… etc.

What I generally advice forum member is to take the unit price and divide by 12 (1 years worth of service). This way you can see if paying $X amount per month for 1 year is worth it in case something happens to the service. Of course, there are chances of the service terminating before the year but that life…

You can buy the BlueTV for only $179 with free DHL shipping at our sponsor cntvpad.com

We highly recommend cnTVpad due to their contribution to the community. Their willingness to help forum members with devices that wasn’t purchased from them is exceptional (Link). Not to mention they are also an authorised seller of BlueTV as well. Which means you won’t get your unit deactivated due to a shady seller.

Looking for another device? Check out our HTV3 Review